We use a platform called Transifex to manage the translations of the website. Here's what you have to do in order to join the translators team: 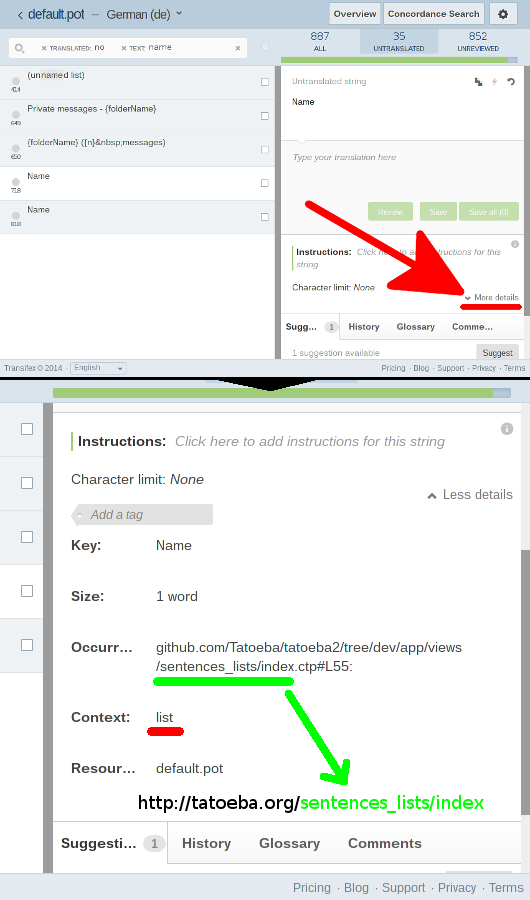 When you include a string into another, you may run into declension problems. English has very few declensions, but the language you’re translating to may have more.

To illustrate the problem, let’s take the singular and plural in English, which is actually a declension. We’ll translate English into English. Consider the strings:

The placeholder {thing} get its value from a translatable string: “book” (translated to “book”). So we end up with:

There is obviously a problem with the second sentence. To fix this, we’ll use the sublisting feature. If you know that {thing} get its value from another translatable string, you can enter several values for that string, like this:

It’s a list of key/value pairs separated by semicolons. The names of the keys are free (they can contain any character except : and ;). Any translated string that starts with a semicolon is considered as a sublist. From now on, you can pick a single value from the list, like this:

If you know the page your translated string is supposed to appear on, you can check how it renders by going to the development website. Translations are automatically pulled from Transifex and installed there every ten minutes.